Bangles and Colorful Cloth for Ma

“Dedicated to my Great-Grandmother”

When I was born, you were young ninety-years old,

your hair pulled tight at the nap of your neck, still

black and bold.  At night, you let it down to braid before

you went to bed; it fell to the floor; at first I would watch

in silence from the crack in the door.

The night you caught me I was six, you called me into the

room smiling…asking that I bring you a single broomstick.

I quickly plucked it from mother’s only broom, and rushed

back into the dimly lit room.  You showed me how to break

it into small pieces; when I looked bewildered your smile

accented all of your dark wrinkles and creases.

through the lob of your ears, its magic I thought; but this is my

Great-grandmother I have nothing to fear.  As a child, I did not

realize that there was a hole, because when I would touch the

bangles on her ear, she would quickly scold.

shoes by raising the hem of her long dress, she did not have on

shoes, there were moccasins on those tiny feet…who would have

guessed.  Yes, I was only a child without a care, and I spent many

hours sitting at the foot of her old rocking chair.

I never tire of the stories she would tell, sometimes we cried together

and now I can say it…as a child she lived in a white man’s world, she

called it “hell”.  Her parents had walked on the “Trail of Tears”, proud

and strong, with every step wondering where they had gone wrong.

She helps raise me and she taught me the way, and as her mind begins

to wander in those later years, I was sad when she would tell her stories

she only remembered the bad.  This grand old woman dressed in bangles

and cloths of many colors, with that big ball of hair and the nap of her

She died only days before her birthday; she would have been one-hundred

and five, my father said, Ma would have scolded you while saying, and

don’t you ever cry.  I was fifteen-year old and the world was bright and

colorful with the artwork of fall, a befitting day to bury this beautiful and

8 thoughts on “Bangles and Colorful Cloth for Ma…#312” 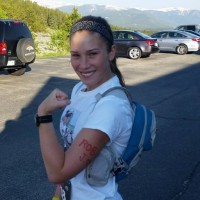 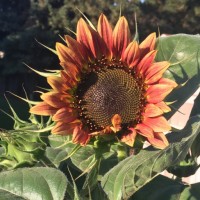 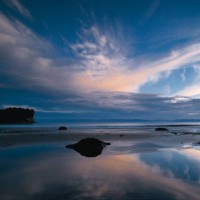